Here, we’ll look at some false friends relating to teamwork. False friends are pairs of words that sound similar in German and English. But their meanings are very diffe-
rent, so they can cause misunderstandings. Now, in this exercise, we’d like you to translate some German words and sentences into English, being careful to avoid the false friends. Let’s begin.

Our first word is a verb that means to use one’s power to frighten or hurt others who are seen as weaker. Please translate this word.
German: mobben
English: bully

You can’t say “mob” here. As a verb, “mob” means to crowd around someone, for example a celebrity. And as a noun, a “mob” is a crowd of people, particularly if they are violent and causing trouble. Anyway, the English translation of the German word mobben is “bully”.
Translate this sentence now.
German: Bist du jemals von einem Kollegen gemobbt worden?
English: Have you ever been bullied by a colleague?

The next word is used to talk about money that you can make use of. Translate this word, please.
German: Mittel
English: resources, funds, means

“Middle” is wrong here, as this means “the centre of something”. In the context of money, the German word Mittel is translated as “resources”, “funds” or “means”. Please translate this sentence.
German: Sie mussten das Forschungsprojekt wegen fehlender Mittel aufgeben.
English: They had to give up the research proj­ect due to a lack of resources / lack of funds / lack of means.

You use the next word for the individual pieces of a whole thing. Please translate this word now.
German: Teil
English: part

Don’t say “tile”. A tile is a piece of clay or other material that is placed, for example, on the walls in your bathroom. The German word Teil is translated as “part” in English. Translate this sentence, please.
German: Gehälter machen einen beachtlichen Teil der Kosten aus.
English: Salaries account for a significant part of the costs.

OK, our last word refers to a phrase used to express the rules or guidelines for someone’s behaviour. Translate this word, please.
German: Devise
English: motto

“Device” would be wrong here, as this is a tool or gadget used to do or make something. Nor can you say “devise”. This is a verb:
“devise sth.” means “invent sth.” or “come up with sth.”. The correct translation of the German word Devise is “motto”. Translate this sentence now.
German: Meine Devise lautet: “Besser spät als nie.”
English: My motto is: “Better late than never.”

Well done. If you found these translation exercises difficult, go back and try them again.

Artikel: On the team

The language of teamwork 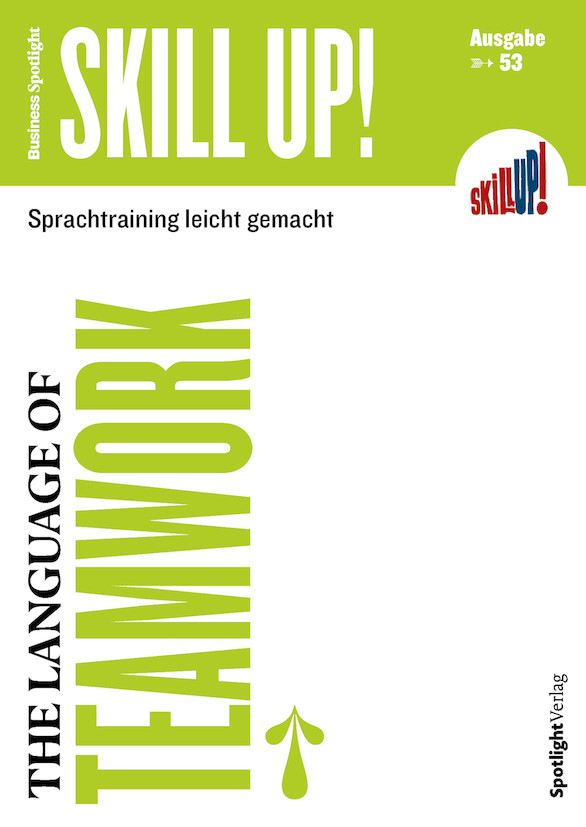