Erin Perry: Welcome, Bob. Pessimism and pessimists have a bad reputation. Why is this?

Bob Dignen: Well, I guess we associate pessimism and pessimists sometimes with negative thinking. And you don’t find many people who are really a fan of negative thinking or communication styles, which disrupt relationships and provoke conflict. As a trainer, and I’m sure many of the people listening who are trainers, you know, we’ve all been part of this, outlawingächtendoutlawing “yes, but” in favour of “yes, and”. And, you know, spending time trying to support people to accept and to appreciate sb.jmdn. (wert)schätzenappreciate others rather than trying to contradict or look for the negative. I think that’s a kind of a current practice. It has a history, you know, this all comes, I think, from the 1960s, positive psychology with this optimistic perspective of human nature and the belief that people’s intrinsicintrinsisch; wesentlich, eigentlichintrinsic motivations are generally good, so we should try to communicate along the positive rather than the negative. So, there’s quite a tradition over 50 years of putting pessimists to the side and saying that optimism is good. The other thing about pessimism and pessimists, it’s quite a good labelBezeichnunglabel, to to label (sth.)etw. bezeichnenlabel those who challenge our ideas. And so, sometimes, when we talk about pessimists and pessimism, we’re not actually describing pessimism. We’re often just describing somebody who disagrees with us. 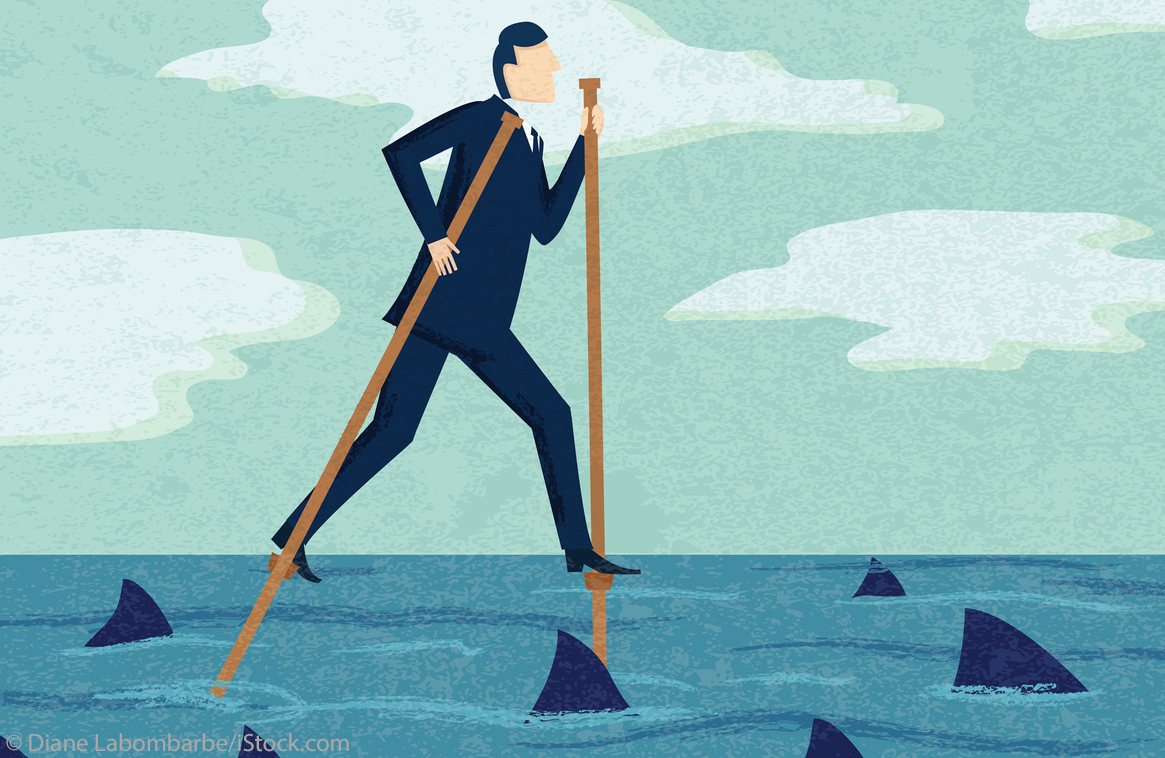 Perry: So, what are the positive aspects of pessimism?

Dignen: When you ask me about words, I’m always going to start with a clarificationKlärungclarification of the meaning. We have to ask ourselves, “What do we mean by pessimism in order to understand its positives?” If we see pessimism as an awareness of risk, for example, as a hypersensitivityÜberempfindlichkeit, hypersensitive Reaktionhypersensitivity to things potentially going wrong, mistakes or failures, which we know can and will happen — you know, human beings make mistakes, machines fail — then kind of a pessimism can be a way to avoid catastrophe, even death. And in certain industries, actually, it’s pretty much standard practice to think pessimistically in order to avoid accidents. That’s one way pessimism is useful. I mean more broadly, pessimism is also useful to avoid groupthink, you know, overlyübermäßigoverly optimistic group thinking. We know that individuals, we know that groups have blind spots, so challenging these blind spots with some degree of scepticism — a kind of Socratean tradition, 3,000 years old — is also good. It’s also there in leanschlanklean management — ask why, ask why, ask why, don’t to assume sth.etw. annehmenassume that you really know. All of that will bring us to insightEinsichtinsight, to creativity. So, I wonder sometimes whether pessimism is the wrong word. I think at the end of the day, it’s about critical thinking and please show me anybody who disagrees with that.

Perry: Finally, Bob, would you describe yourself as a pessimist or optimist?

Dignen: Well, my first response to that question, and I’ve started to realize this more and more, is that the questions you ask me, and the questions people ask me are actually more interesting than the answers. I mean, the interesting thing about the question was the use of the word “or”. I mean, why do we say “pessimist or optimist” when the answer should be clearly both. I mean, life is situational. What to holdhier: gelten, zutreffenholds today may not hold tomorrow. What justifies pessimism today may tomorrow justify optimism because kind of one variable has changed or your moodStimmungmood has changed — you decide to tolerate risk you accept lower quality. So, I think, you know, it’s the wrong question. I think we shouldn’t be asking ourselves as leaders, as business professionals, are we pessimistic or optimistic or are we a pessimist or optimist. I think we need to understand when we to embrace sth.etw. akzeptierenembrace pessimism or optimism in relation to specific situations. And become aware that balancing these two approaches is in many ways the art of the human being, it’s the art of leadership. Now, this may sound like semantics but the moment you choose a position — optimist, pessimist — the danger with choosing a position is that you open up a part of reality to yourself and you close down another. So, in many ways, the key thing is to remain open to pessimism, to remain open to optimism and to apply them wisely.

Dignen: Thank you very much.

Bob Dignen is a director of International Leadership Performance (ILP) and York Associates. He specializes in executive leadership coaching and training.