What is it like for a New Yorker to live and work in Germany?
There are some things about New York City that gave me valuable life lessons. One of them is the energy that comes from living and working in a place like that. There’s something about to commutependelncommuting with millions of other people. There is a sense of belonging there, and it creates a shared sense of purpose, and I think this is something that I always try to bring to the people I work with.
Then there is this notionVorstellungnotion of New York City being this great laboratory. It’s always changing, always reinventing itself. I think that to instill sth. in sb.jmdn. mit etw. erfüllen; hier: jmdm. etw. mitgebeninstilled some coreKern; hier auch: zentralcore values in me. I always try to adapt to the people I am working with, and I think this has allowed me to do well in Germany. That is a core belief: adapt to individuals rather than to culture. New York City is so diverse, and you cannot live and work in a place like that with preconceivedvorgefasstpreconceived notions about what a project is or how a team should work or what good leadership is.
You need to be able to explore the realities of the people you’re working with as individuals. And that helps you to begin to adapt to a very complex business environment. And if you can do that, the rewards are great because you can collaborate effectively with many different cultures and many different people.

Born in 1969, Jeff Aristy is a New Yorker from the borough (US)(New Yorker) Stadtbezirkborough of Queens. He moved to Germany in 2003, working in Berlin and Hamburg, before settling with his German wife in Munich. He is the owner of Big Apple Business, which offers in-company business English, leadership and team coaching. 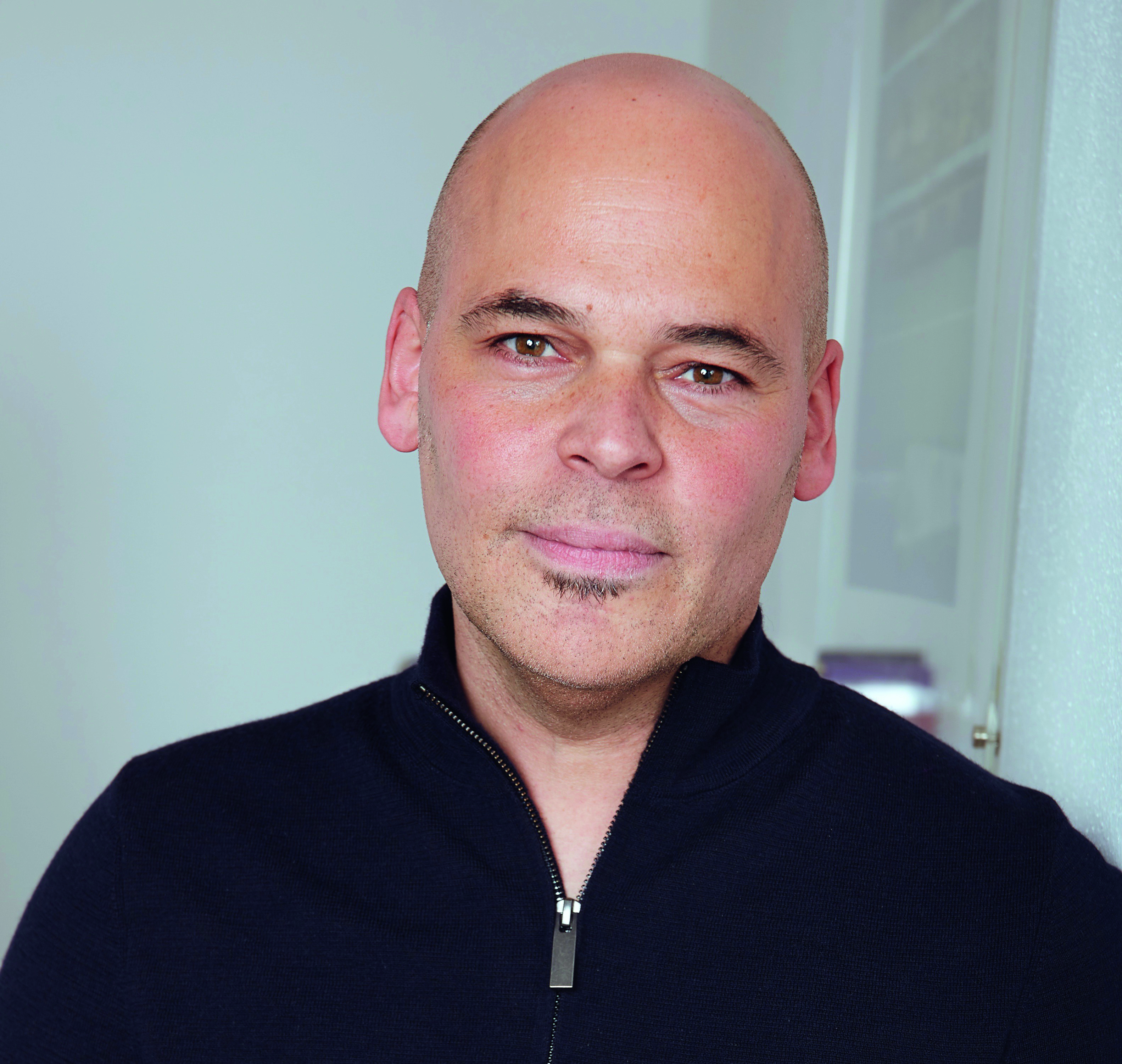 Germany is often seen as hierarchical and inflexible, certainly compared to somewhere like New York. How do people get past such characterizations?
Ask questions. Is it really inflexibility? Is there really a pecking orderHackordnung; hier: Rangordnungpecking order? Living and growing up in a place like New York and then coming here has taught me the core value of asking good questions. And then being very to be mindful of sb.jmdm. gegenüber achtsam seinmindful of the person speaking to me and beginning to understand where they’re coming from. Asking questions, being mindful, and listening very carefully all help me to understand others, and not to judge them or just see the negatives.
If we arrive at that inflexibility you’re talking about, you reach the point of intolerance in my mind. And that requires us to go back and do the very difficult work of asking those questions. And then getting some sort of positive emotion. What I find most of the time is that it’s not inflexibility. That person might have a boss who requires him to cut costs. There might be other complexities that I am not aware of that might be driving what we see as inflexibility. I find that there is always something else behind it.

New York can be very stimulating, with a sense of anything being possible

Are there differences between doing business with New Yorkers and doing business with Germans?
There are lessons to be learned on both sides. What I admire in Germany is the corporateUnternehmens-corporate responsibility. It is very well documented that there is a responsibility to the environment, sustainabilityNachhaltigkeitsustainability, and so on. But what’s interesting here is the responsibility to people. There are generous benefits for someone who wants to start a family or take to take sick leavesich krankmeldensick leave or do training. Germany has a highly skilled workforceErwerbsbevölkerungworkforce, and that is largely because it invests a lot in people and their development. That’s something that New York could learn a lot from.
And business culture in New York is very dynamic and competitivewettbewerbsorientiertcompetitive, with people always to hustlehastenhustling. There’s a sense that everything is in a rush. It’s more about getting things done than perfection, which is different from Germany. New York can be very stimulating, with a sense of anything being possible. People have a “why not?” attitude — throw spaghetti at the wall and see what sticks (ifml.)ausprobieren, ob etw. funktioniertthrow spaghetti at the wall and see what sticks. Adapt or simply move on if a project doesn’t to take offerfolgreich seintake off. misfireFehlschlagMisfires are considered part of the process.

Does the characterization of New Yorkers as brashdreistbrash and very confident carry some truth?
I think you’re trying to to get sb. down to sth. (ifml.)hier: jmdn. auf etw. festnagelnget me down to labelhier: Charakterisierunglabels. People will probably say New Yorkers have a great deal of confidence on the exterior. But we might see that as more of a survival instinct for New York City. There is a kind of DNA that one has to have in order to make one’s way through a city like that. We could characterize it as confidence — there might be some of that. There has to be some of that in order for you to make your way there. Additionally, New Yorkers are not formal. Rather, they to cut to the chase (US ifml.)auf den Punkt kommencut to the chase: “Why are you calling me?” Things are more “black and white,” and they’ll tell you “yes” or “no.” They focus on practicalitiespraktische Einzelheitenpracticalities, what’s realistic, what the next steps are — and then actually do them with a quick turnaroundhier: Bearbeitung(szeit)turnaround to show they’re serious.
Being cool and confident, with a sense of humor, is good. Being middle of the roadhier: ganz normalmiddle of the road and too nice doesn’t get anyone’s attention.

How has coming to Germany from New York changed you?
Let me start by telling you about the things that I miss about living in New York. That energy, I really miss that. I miss going to work with lots of other people, that sense of belonging. And that sense of purposeZielstrebigkeitsense of purpose. I miss the diversity — that is something Munich could have more of. Living here, however, has taught me that there are other things to focus on besides work. Living in a city like New York, it’s all about work. And that can lead to unwelcome effects on family life. I like the fact that I’m now able to have to have time offfreie Zeit habentime off more easily than I did in New York City. The quality of life is something that I have been able to enjoy more here than in New York.