Moira O’Brien: Most people join a Toastmasters club either because they have a specific speech to make or because they are just terrified of speaking in public.
Ken Taylor: So, why did you join?

O’Brien: I was a presenter and producer for Irish Radio International. When I had a script to follow, I had no problems, but as soon as I had to be impromptu, my brain frozemir fiel nichts mehr einmy brain froze. I knew what I wanted to say, but the words wouldn’t come out in the right way. So, I joined a local Toastmasters club.
Taylor: I know that Toastmasters is an international organization aimed at helping people to become better public speakers.

O’Brien: Yes. It was to found sth.etw. gründenfounded in the US in the 1920s and has spread all over the world. It’s now in over 140 countries with more than 350,000 individual members.
Taylor: And how often does a typical club have meetings?

O’Brien: Usually around twice a month.
Taylor: And what happens at a meeting?

O’Brien: There are usually three parts to a meeting. In the first part, members give prepared speeches as part of one of eight educational programmes called Pathways. You choose a programme that suits your needs and you study a manualAnleitungmanual and watch educational videos. In the first part of the meeting, you put that study into practice with prepared speeches.
Taylor: And do you get feedback on how well you performed?

O’Brien: That’s the third part of the meeting. Every speech is toevaluate sth.etw. bewertenevaluated in front of the whole group.
Taylor: When I run presentation skills courses, this personal feedback is the key learning experience. And not just for the person being evaluated. The other partici­pants learn from their colleagues’ performances.

O’Brien: That’s the rationaleGrundgedankerationale for doing it in the whole group in our meetings.
Taylor: What’s the second part of the meeting?

O’Brien: That’s the impromptuspontan, aus dem Stegreifimpromptu part. You are given a subject and have to to speak on sth.über etw. sprechenspeak on it for two minutes. These impromptu talks are sometimes also evaluated.
Taylor: Most of the students I work with have English as a second or third language. This puts added pressure on people. Often, they feel very nervous before giving a presentation.

O’Brien: I can imagine! But good preparation can help with that.
Taylor: I agree. There is a saying that “proper preparation prevents poor performance”. The better prepared you are, the less nervous you will feel.

O’Brien: If I have an important speech to make, I think it over in my mind for a few days. Then I write a first draftEntwurfdraft. I estimate that I speak at about 120 words a minute but plan on the basis of 100 words a minute.
Taylor: That’s about the speed of speakers of a foreign language. Do you record yourself at all?

O’Brien: Yes, I do. I listen carefully to the audio of my voice, my choice of words, for variety in tone and speed.
Taylor: And seeing yourself on a video recording allows you to check your body language — especially where you put your hands and when and where you should move.

O’Brien: At toastmasterPerson, die Tischredner(innen) ankündigt und Toasts ausbringtToastmasters, I’ve learned a lot about choreographing my moves. One simple example: if you talk about the past, you should move to your audienceZuhörer(innen)audience’s left.
Taylor: It’s like starting a timelineZeitstrahltimeline. So you move to their right if you are describing the future.

O’Brien: That’s right. Finally, I make notes in the form of bullet pointGliederungspunkt; Aufzählungszeichenbullet points, which allows me to be spontaneous but to keep sb. on trackhier: jmdn. beim Thema bleiben lassenkeeps me on track.
Taylor: Unless you are very practised at it, reading aloud from a complete text is really boring. But when speaking in a foreign language, many people find taking the step to bullet-point notes rather unnervingentnervend; hier: nervös machendunnerving.

Would you like to have a conversation with Ken Taylor about your current work challenges? If so, send an email with your name, company and the subject you would like to discuss to business.trainer@spotlight-verlag.de
In each issue, we will choose one reader who will talk to Ken, and the dialogue will be published in Business Spotlight.

O’Brien: Practice makes perfect: practise using your notes by speaking aloud and in real time.
Taylor: What do you do to get into the right mindsetEinstellung, Geistes­haltungmindset just before you get up to speak?

O’Brien: I close my eyes and take several deep breaths to fill my lungs with oxygenSauerstoffoxygen.
Taylor: I have a little mantra I use. I tell myself: “I’ve done this before. It was good. This will be even better!” It’s a positive confidence boosterZuversichtsschubconfidence booster. Then I get up. I go to the spot where I need to stand. I to plant one’s feet firmlyeine stabile Stellung einnehmenplant my feet firmly and stop before I start. In other words, I pause to allow the audience to focus on me and to allow me to make eye contact with the audience.

O’Brien: I do the same. I look at every part of the audience before I open my mouth.
Taylor: For anyone speaking in a foreign language, I suggest they learn the first five or six sentences of their presentation to learn sth. by heartetw. auswendig lernenby heart. Then they don’t have to worry about choosing the right grammar or vocabulary. They can concentrate on how to say it rather than on what to say.

O’Brien: Having a good openinghier: Einstiegopening really lowers your nervousness. You can see from the reaction of your audience that they are interested in what you are saying.
Taylor: Audiences in general have a positive feeling about presenters. They wish the presenter well.

O’Brien: But presenters often feel they are being judged and, because of that, they avoid making a connection with their audience.
Taylor: The best way to make a connection is to to reveal sth.etw. offenbaren, preisgebenreveal something personal.

O’Brien: You can do that through storytelling. You can tell a story about yourself.
Taylor: I’ve found the best stories to be about having a problem or making a mistake and then finding a solution to the situation.

O’Brien: Stories to grab sb.’s attention (ifml.)jmds. Aufmerksamkeit erregengrab an audience’s attention and connect you with each other in a powerful way.
Taylor: Making that positive connection is the key to making an excellent pre­sentation. 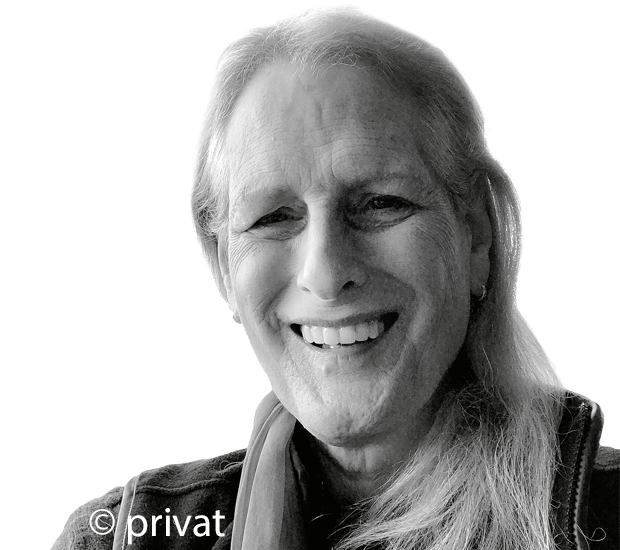 Moira O’Brien lives near Cork in the Republic of Ireland. She is a serial entrepreneurSerienunternehmer(in), -gründer(in)serial entrepreneur and has been involved in starting up seven or eight businesses, including an accountancy firmWirtschaftsprüfungsgesellschaftaccountancy firm as well as Irish Radio International and a professional photography company. At the moment, she is working with Toastmasters International and runs a B&B. 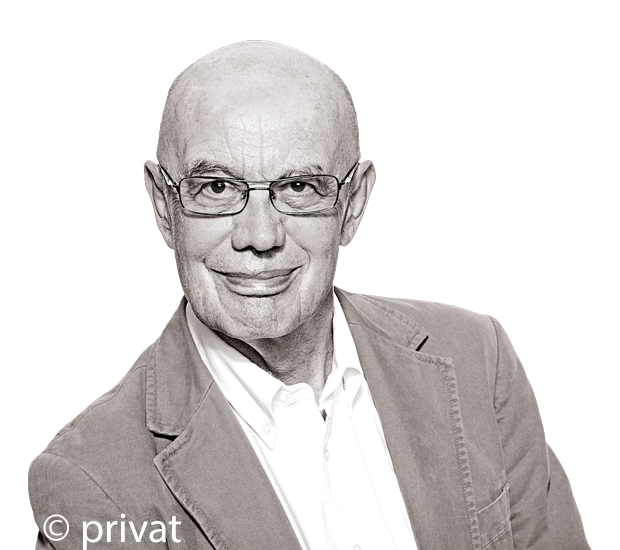 Ken Taylor is a communication consultant and personal coach and author of 50 Ways to Improve Your Business English (Summertown). Contact: KTaylor868@aol.com