In my gap year (UK)Brückenjahr (freies Jahr zwischen Schulabschluss und Ausbildungs-/Studienbeginn)gap year, I sold kipper tiekurze breite, bunt gemusterte Krawattekipper ties and slim-fit shirts in the men’s department of Kaufhaus Wertheim in what was then West Berlin. During this time, I was to accommodate sb.jmdn. unterbringenaccommodated as a guest of a German family. After feeling increasingly uncomfortable using the Sie form with my host parents — and, in turn, being politely addressed by them with Sie — I committed a faux pas and simply started to address them with the familiar du form.

My host parents tolerantly took my naive mistake as a hintWinkhint and suggested we use the familiar form of address in a ritual completely unknown to me back then. We to link armssich unterhakenlinked arms and drank schnapps together and thereafter were on to be on familiar termshier: per Du seinfamiliar terms.

Move on 40-plus years and such a procedure to break down relational distance is almost unknown. Today, the move to du in Germany is more frequent and less complicated. When buying clothes from one of Germany’s most famous online suppliers, I am addressed with the familiar du, without so much as a “by your leavemit Verlaubby your leave”, let alonegeschweige dennlet alone a quaintkuriosquaint drinking ritual. Even some of Germany's political parties addressed potential voters in the familiar form in the recent election. 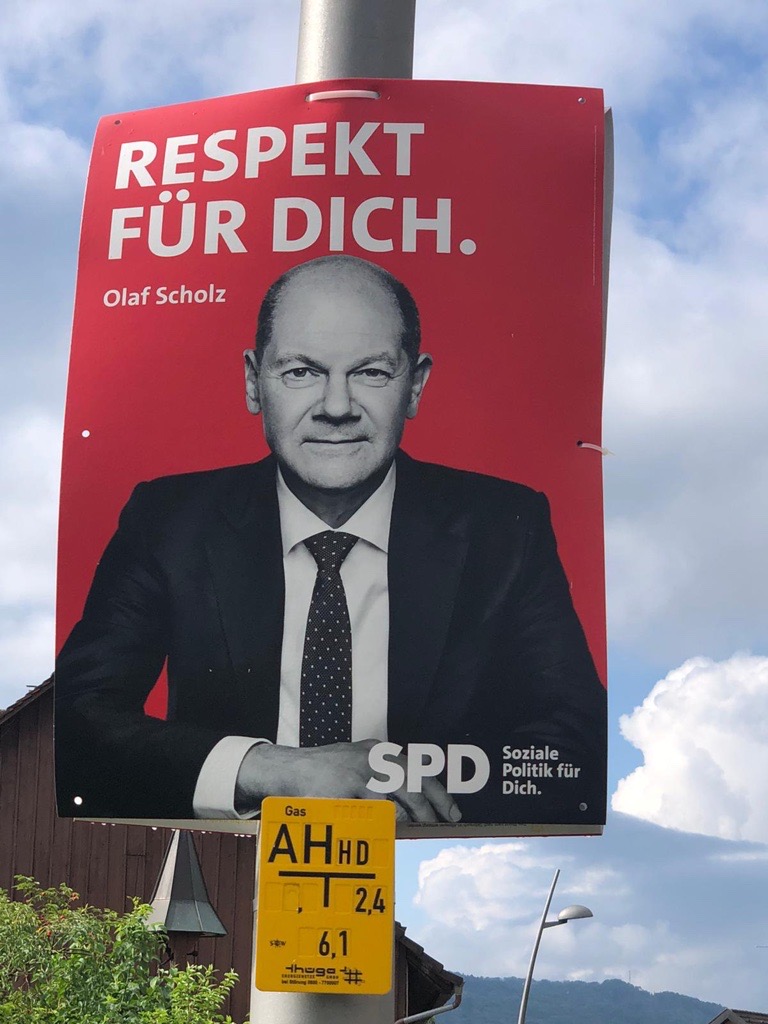 So, what has changed? Not the fundamental bases on which we choose language in to enact sth.inszenieren; hier: gestaltenenacting relations with others but our assessmentEinschätzungassessments of what is the appropriateangemessenappropriate form. These bases are, on the one hand, the perceivedempfundenperceived degree of intimacy or interpersonal closeness/distance in the relationship and, on the other hand, perceived power differentials between the interactantinteragierende Personinteractants.

The degree of intimacy can be assessed, for example, by the frequency of contact, or the length or intensity of the acquaintanceshipBekanntschaftacquaintanceship and its context. But these estimates, and their consequences for expressing intimacy (or not) in the language chosen, may differ — in particular, across cultures. And this can lead to dysfunctionality or discomfort.

I think my host parentsGastelternhost parents were not as uncomfortable as I was with the ways in which we had been addressing each other prior to the drinking ritual. I was aware of the significance of the different forms of address for the expression of closeness in German. But I differed from my host parents in my assessment of this closeness. What is more, in my ignorance of German norms, I was unaware of the etiquette of changing this situation.

Similar but perhaps less intense discomfort may be felt at the deliberatebewusstdeliberate introduction in many German organizations of the Duz-Kultur. The to espouse sth.etw. verfechtenespoused intentions here are many — and confused — but all are, in essence, related to the power and/or intimacy bases of relationships: breaking down hierarchical barriers, sharing power, giving people responsibility, improving the atmosphere at work, increasing the sense of equality, belonging and inclusion. All these have connections either to power or to closeness/distance in organizations.

Does such corporateFirmen-corporate cultural re-engineeringNeugestaltungre-engineering really work? Some of my student internPraktikant(in)interns report to me how difficult, or at least strange, they find it to use the familiar form of address to impose sth.etw. auferlegen; hier: einführenimposed by some organizations with people they don’t know, who are sometimes much older than they are and are clearly equipped with more power and status.

How do you feel about being addressed with the familiar form by shops and other service providers? You have probably become used to it at IKEA, which transferred the general use of du in Swedish into German long ago. H&M and the fintechFinanztechnologiefintech company Klarna, both also Sweden-based, have since done the same. But what about my thoroughlydurch und durchthoroughly German online shirt supplier? Is it trying to tell me that we are to engage with sb.mit jmdm. interagierenengaging with each other on equal terms? Or is it trying to build a more intimate relationship with me? Either way, I am not convinced. But perhaps I am old-fashioned. Or just old. Societal norms of language use change, but maybe some people don’t change as quickly.

Familiarity and distance in Korean

The hierarchically differentiated use of honorifics in informal and formal Korean is puzzlingverwirrendpuzzling to many outsiders who do not share such a system in their own language and culture. British expat(riate)dauerhaft im Ausland lebende Personexpats working in Korea reportedly feel to feel resentful at sth.wegen etw. verärgert seinresentful at not being permitted — culturally speaking — to use the same informal language of Banmal Korean when addressing their bosses that their bosses use with them. Here, culturally influenced values of relational equality and the reduction of interpersonal distance are important to the British, and they feel they are being disregarded by the Koreans. The result is collateral damage to the relationship. In Korea, the older of twin brothers has to be addressed differently from his brother, even if the difference in their ages is only a matter of minutes.