In your book, you mention Croatian feelings of insecurity. How important is this factor?
Unlike the Serbs, Croatians don’t have a history of running themselves. They’ve almost always been part of somebody else’s empire, and always trying to to manoeuvrelavierenmanoeuvre within those empires to find a place of safety. With Austria-Hungary, it was about going with Vienna or with Budapest. Or neither. Croatians are always manoeuvring between sides, trying to find the kind of place that will give them the most safety. This, in a way, makes Croatia a very good EU country. Being part of the EU and part of NATO — being part of large, overarchingübergreifendoverarching, protective structures — is very important to Croatia. Much more important than it is to Serbia.

Marcus Tanner was the Balkans correspondent for the British newspaper The Independent from 1988 to 1994. He witnessed and reported on the wars during the break-up of Yugoslavia. He is the author of the book Croatia: A Nation to forge sth.etw. schmieden, formenForged in War and now writes for the news website Balkan Insight. 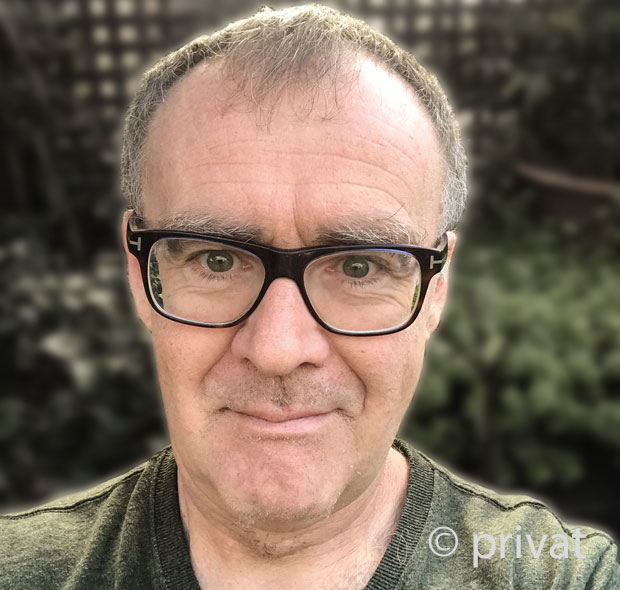 In many countries in Europe, democracy is regarded as being under threat from populism. How do you see democracy in Croatia?
I don’t think populism and the the far rightdie extreme Rechtefar right have made that much of an impact in Croatia. Because there is a kind of filialkindlich; hier: Weisungen erwartendfilial attitude towards the EU — and towards Germany in particular — there is a very strong tendency in the Croatian political scene to model themselves on their German counterpartPendantcounterparts. There is a lot of running to and from Berlin on the part of both the left and right, to the Social Democrats and Christian Democrats. Because of this, the political scene in Croatia is rather stodgy (UK)hier: schwerfälligstodgy. Of course, people on the left would say that the conservatives to accommodate sb.jmdn. aufnehmen; hier: jmdm. gegenüber gefällig seinaccommodate the far right. I think that’s a bit of an exaggerationÜbertreibungexaggeration. You have a few right-wing people, Islamophobic and anti-Serbian people in the main centre-right governing party, the HDZ. But when you look at the prime minister, Andrej Plenković, he is a dullhier: farblosdull centrist, a moderate politician of the German type. You don’t really have an equivalent in Croatia of Jobbik in Hungary, a big far-right party to breathe down sb.’s neckjmdm. im Nacken sitzenbreathing down your neck — or even the Alternative for Germany (AfD).

Are you confident about Croatia’s future?
I wouldn’t say I’m that confident. I am just saying that I don’t think democracy is in danger. It’s a country that to punch under one’s weight (ifml.)unter seinen Fähigkeiten bleiben; hier: eine untergeordnete Rolle spielenpunches under its weight. It doesn’t really have much influence in the EU. The good side of that is that it’s not being to ostracize sb./sth.jmdn./etw. ächtenostracized, to single sb./sth. outjmdn./etw. heraus- stellensingled out like Hungary. The bad side is that nobody really takes any notice of it. For a country that is moderately well off, by the region’s standards, and a huge tourist destination, you’d think it would have more clout (ifml.)Einfluss, Schlagkraftclout. But it doesn’t. It’s not a complete economic messChaosmess like Bosnia, but when you consider how relatively well off it was in the communist era, it has stagnated, really. It relies enormously on seasonal tourism, which is a pretty precarioushier: instabilprecarious industry. It’s got an enormous population of pensioners and very few kids. These are issues they are not to tackle (an issue)(ein Problem) angehentackling. There is disappointment and voter apathy, which I think is because a lot of people thought that EU membership would change everything. Of course, it hasn’t.