How accurate is the depiction of Spaniards as always being late?
The perceptionWahrnehmung, Sichtweiseperception of time is definitely different in Spain and other Mediterranean cultures than in Northern and Central Europe. In a social context, when meeting friends and family, punctuality is not so important for Spanish people. If you are planning to meet somebody at five o’clock, don’t expect them to be there at five. However, in a business context, if the meeting is supposed to start at 11, then the meeting will start at 11 — though the start of the meeting would be different from one in Germany or Austria. There might not be an agenda, and we wouldn’t get straight to the point at the beginning. We might spend the first 10 or 15 minutes making small talk. Spaniards always like to know who’s who; Spain is a very relationship-oriented culture, and you should really focus on building relationships as quickly as possible.

Anna Zelno is an intercultural trainer and a diversity and inclusion consultant. She studied German philology at the Jagiellonian University in Cracow, completed an MA in applied linguisticsangewandte Sprachwissenschaftenapplied linguistics and cultural studies at Johannes Gutenberg University Mainz and an MA in talent management at the University of Valencia. In September 2019, she was to be shortlisted for sth.in die engere Wahl für etw. kommenshortlisted for the European Diversity Awards in the category “Inspirational Role Model of the Year”. She has lived in Spain for many years. 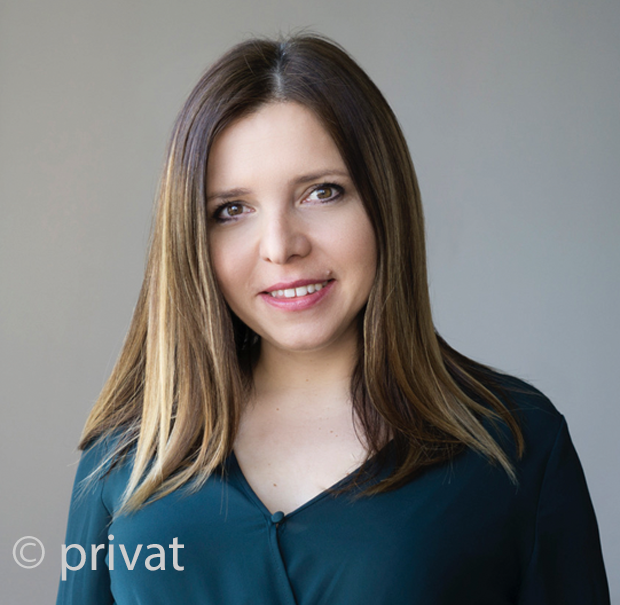 How do Spaniards typically prefer to communicate?
They put a lot of to put emphasis on sth.Wert auf etw. legenemphasis on smiling, being nice, using polite words. Politeness, kindness and smiling are very important. Some people in Northern Europe find it fake that people are so “happy”. I don’t think it’s fake. In meetings, Germans tend to get straight to the point; they want to save time and be very efficient. Spaniards think of German people as being very pushy(andere) drängend, penetrantpushy. But pushing Spanish people is the most inefficient way to work with them, because if they feel you’re pushing, they step back. Then it’s not easy to build a relationship, and you will not succeed in business if you haven’t built a relationship.

So, Spaniards are more indirect in general than Germans?
Yes, people from German-speaking countries are much more direct than Spanish people. The Spanish communication style is more about telling stories or anecdotes. You have to read between the lines, whereas in Germany, when somebody says something, it’s much clearer. But in South American countries, such as Argentina, Chile or Colombia, people see Spanish people as being direct. They may see Spaniards as being rudeunhöflichrude, even uneducated, because they use Spanish in a different way than they are used to in South America.

What about regional differences within Spain?
When people from outside Spain think of Spain, they often think of the stereo­types of Andalusian people: flamenco dancing, bullfighting, the sun and the beach. And Spanish people are aware that foreigners have this image. But Spain has important regional diffe­rences. For example, there are huge differences between Catalonia, Andalusia and the Basque Country. People in the Basque Country are very direct. Some Andalusians might be more laid-back (ifml.)locker, entspanntlaid-back, might dance flamenco, might go to bullfights. But people shouldn’t extend these stereotypes to the whole of Spain.

How would you describe a business lunch in Spain?
It’s very similar to a business lunch in Italy. You need to to allocate time to sth.Zeit für etw. einplanenallocate much more time to lunch than you might think. It can drive some visitors to Spain crazy when it’s still going on one or two hours later. Lunch is more about building relationships and not so much about talking about business, or at least not about some specific project or product. And the lunch does not end with the main meal. When we say we are going for lunch for an hour, even after an hour and a half, most people will not to skip sth.etw. auslassenskip dessert. Some foreign visitors might say, “Let’s skip the dessert and have coffee at the office.” No, lunch is with dessert and coffee.