“How was your weekend?” It seems like a simple question to ask a colleague on a Monday morning, but some people think it may be too risky to give an honest answer. Is it safe to mention your partner if you’re in a non-traditional relationship? How do you reply if a colleague asks, “What a great result, eh?” when you think they might be referring to a football match but are to be clueless about sth.von etw. keine Ahnung habenclueless about sport? The answer lies in understanding small talk as its own special form of communication. As the writer David Roberts notes at Vox.com, small talk is “speech that prioritizes social function”. A response of “Pretty good, thanks. How was yours?” to the first question, and “Are we talking football here? I’m hopeless at sport” to the second one, opens a risk-free exchange and allows you and your colleague to establish a safe connection.

Small talk helps to build bondBindung; hier: Beziehung, Verhältnisbonds of trust and support in the workplace. But what if you feel excluded from conversations? Or what if your culture, identity or beliefs make you to be wary of doing sth.etwa: Zweifel haben, ob man etw. tun sollwary of joining in?

The commonly asked question of “How was your weekend?” isn’t small talk to some members of the LGBT community, Jim Fitterling, president & COO (chief operating officer)Vorstand für das operative GeschäftCOO of Dow Chemical Company, told Medium.com. “It’s a minefieldMinenfeld, gefährliches Terrainminefield of potential disaster.” Fitterling says that it took many years for him to be open about his sexuality at work. Along with the fear of being “outed” as gay, he says, comes the very real risk of discrimination, isolation or dismissalEntlassungdismissal, despite a June 2020 US Supreme Court ruling that makes it illegal for companies to discriminate against workers based on their sexuality.

Research shows that small talk has a big impact

What matters most in terms of inclusivity, says consultancy Bcg.com, is the “everyday touch points”: the small talk, comments and reactions from managers and colleagues. The greatest risk is where the touch points break down and “highlight prejudiceVorurteil(e)prejudice, demonstrate a lack of empathy or make an individual or group feel isolated or unwelcome,” says Bcg.com.

Research shows that small talk has a big impact. A study at the University of Michigan found that participants who to engage in sth.sich mit etw. befassen; hier: (Small Talk) machenengaged in small talk saw improvements in the brain’s executiveexekutiv, ausführendexecutive functioning, which controls focus, planning and prioritization. The University of Exeter business schoolwirtschaftswissenschaftliche FakultätBusiness School and Rutgers University found that small talk is “upliftingaufmunternduplifting yet distractingablenkenddistracting”, according to Professor Jessica Methot. “Small talk softens controversial conversations, to enhance mooddie Stimmung hebenenhances mood, creates positive group climates and to facilitate sth.etw. erleichtern, fördernfacilitates a sense of belonging,” she explains. “Yet at the same time, many people consider small talk to be pointlesssinnlos, überflüssigpointless, drainingauszehrend, anstrengenddraining or distracting.” The study found that those who engaged in small talk felt more recognized and were willing to do more to help others. Those who avoid interacting with co-workers, says Professor Methot, tend to “overestimate negative consequences and underestimate positive consequences”.

“Marcus” (not his real name) knows exactly what Methot means. Early in his career with a global bank, he kept getting passed over for promotion despite his ability, he tells Hbr.com. When Marcus was told that the partners didn’t really know him, he realized that his ethnicity (he is African American) was stopping him from opening up to colleagues for fear of meeting prejudice and biasVoreingenommenheitbias. Instead of avoiding small talk with colleagues, he started to join social engagements, find common interests and talk more openly about his life outside the office — building trust and confidence. Marcus gained the promotion he deserved and is now a managing partnergeschäftsführende(r) Gesellschafter(in)managing partner, but it wasn’t an easy journey.

If a colleague shares a view you don’t understand or agree with, seek clarification rather than confrontation

So, what is the best way to make small talk more inclusive? Performance experts Reflektive.com suggest that healthy conversations should include identifying your inner biases (“I hate football”), changing your speaking style to stop using absolutes such as “obviously” and “everyone knows”, welcoming different styles of communication and respecting diverse opinions. If a colleague shares a view you don’t understand or agree with, seek clarificationKlärungclarification rather than confrontation. And be positive and authentic: start every interaction believing that your co-worker means well.

Small talk can be complex, but it starts with a simple question: what should we talk about? Sport is a go-to topic for many, but talking for a long time about football or Formula One can be boring and excluding for others. Why not look for other interests and connections? Muse.com makes a few suggestions, such as pop culture (Netflix movies, live music events), things you have in common (the best local sandwich bar, your travels, roadworks in the city), office life (the new microwave, the room temperature) and yourself (the pet you’ve just bought, decorating your new flat).

The addition of one small piece of personal information can help to form an instant connection. When someone asks, “How are you?” a good reply might be: “Good, thanks — especially now they’ve repaired the heating system. It used to be freezing in here!” And don’t forget, small talk doesn’t last long. It’s perfectly acceptable to bring a short interaction to a halt with “I’d better get back to work”. 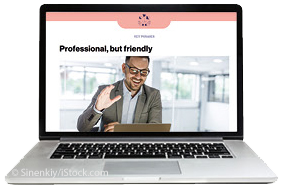