Ken Taylor: Enrico, you’ve just got back home after a very successful exhibitionAusstellungexhibition of your latest work at the Italian Cultural Institute of Chicago.
Enrico Magnani: Yes. I was very pleased with the reactions to my “Supernova” exhibition. And being in the States really to bring sth. home to sbjmdm. etw. klarmachenbrought home to me that being an artist is not just about the art. An artist also has to have other skills — business skills, language skills, cross-cultural communication skills and the ability to build personal relationships. For example, besides to give a talkeinen Vortrag haltengiving a talk to open the exhibition, I also gave a presentation on creativity in art and life.

Taylor: I can imagine that talking about the actual techniques of creating your artworks is easier than trying to to get sth. acrossetw. rüberbringenget across the meaning behind them.
Magnani: Definitely. Explaining a technique means describing something very practical.

Taylor: But you still need to make it interesting for your audiencePublikumaudience.
Magnani: I have videos of myself working going on behind me as I talk. That really helps the audience understand the process.

Taylor: And I imagine the artworks themselves are the perfect visual aidAnschauungsmaterialvisual aid.
Magnani: Sure. The harder part is to talk about the meaning behind the work.
Taylor: It’s not easy to describe feelings and emotions. But any good presenter, including business presenters, knows that the best way to get your message across is to touch people emotionally as well as presenting the facts.
Magnani: And I try to involve my audiences in my presentations. I want to hear their reactions to my work before I influence them by telling them what my intentions were when creating it.

Many people find the idea of making mistakes disturbing. But mistakes are a great learning tool

Taylor: In what way?
Magnani: To be creative, you have to take some risks — to think out of the box (ifml.)neue Wege gehenthink out of the box, be prepared to make mistakes.
Taylor: Many people find the idea of making mistakes disturbing. But mistakes are a great learning tool. One company I know has a “Misteak diaryTagebuchDiary” on its intranet, where staff are encouraged to post mistakes and learnings. The title is intentionally to misspell sth.etw. falsch schreibenmisspelled to encourage staff to post their mistakes and what they learned from them.
Magnani: Mistakes sometimes lead me to new approachHerangehensweiseapproaches as an artist. I was at a party once when some kind of plastic object caught fire on a mantelpieceKaminsimsmantelpiece. It to meltschmelzenmelted and was thrown into the rubbish bin (UK)Abfalleimerrubbish bin. The next day, I noticed it and started playing with it. This material then became an integral part of two very successful series, “The Work” and “Neptune” collections.

Taylor: So what you’re saying is that mistakes can sometimes lead us to new ways of working and thinking. So we should have a more mistake-tolerant approach to life.
Magnani: Absolutely. It is one of my key approaches to my art and I think it is relevant to everyone, no matter what field you are in. Get out of your comfort zone if you want to discover something new!

You can see some of Magnani's art in this virtual exhibition. Just click or drag the image above to navigate.


Taylor: You mentioned that you need language skills to get your ideas across. How many languages do you speak?
Magnani: Four: Italian, French, English and German.

Taylor: presumablyvermutlichPresumably, you feel most comfortable speaking to audiences in Italian.
Magnani: That’s partly right. Of course, Italian is my mother tongueMuttersprachemother tongue. But in fact, I think I have the most impactWirkungimpact when speaking in English! I use fewer words, but that makes me more powerful somehow.

Taylor: That’s interesting. I’m a great believer in keeping messages short and simple. Short, clear sentences are often more effective in getting your message across.
Magnani: German is my weakest language, but I was really surprised recently at how I could still get my meaning across with a fairly limited vocabulary. And I love French. It’s a beautiful language and I feel very free when I speak it.

You don’t have to be perfect in a language to make a successful presentation. Non-native speakers often are easier to listen to because they do keep it short and simple

Taylor: I try to persuade participants in my seminars that you don’t have to be perfect in a language to make a successful presentation. In fact, non-native speakers often are easier to listen to because they do keep it short and simple.
Magnani: My goalZielgoal is to make people smile and feel relaxed. I don’t want to come across as someone arrogant or superiorüberheblichsuperior.

Taylor: That’s very important. An audience generally to resent sb.sich über jmdn. ärgernresents a presenter who they feel is to speak down to sb.herablassend zu jmdm. sprechenspeaking down to them.
Magnani: I try to be humblebescheidenhumble in my approach. I tell people that I am describing my world and that they are free to take from it anything they see as relevant to theirs.

Taylor: I think this works cross-culturally,
too — especially if you are not familiar with the culture of the people you are talking to.
Magnani: Of course, you can read and prepare yourself to a certain extent. But when you are in the situation, you need to show humilityBescheidenheithumility, curiosity and openness.

Taylor: I agree with you totally. We’ve been talking about art and creativity. In fact, many of the ideas we’ve discussed are equally applicable to talking about business. As you said at the start, you need the same skill setFähigkeiten, Kompetenzenskill sets.
Magnani: Some years ago, I was a nuclear scientist and had to present and discuss scientific ideas. Now, I discuss my art. But the need to to engage sb.jmdn. einbinden, einbeziehenengage my audience is the same.

Taylor: So what would your final words of advice be to someone having to explain their work to an international audience?
Magnani: Be humble — and be yourself. 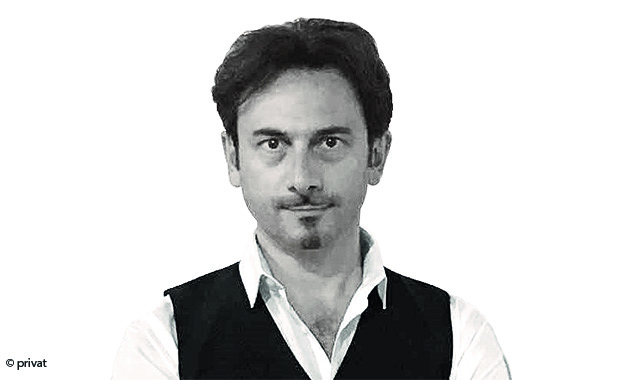 Enrico Magnani is an Italian artist who is active on the international art scene. His first exhibition opened in November 1997 in Milan. His original abstract artworks have been presented in museums, foundationStiftungfoundations, private galleries and public institutions in Europe and the US. You can see some of his work on his website. 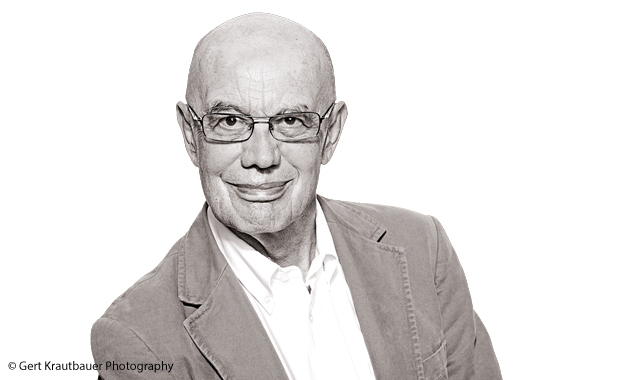 Ken Taylor is a communication consultant and personal coach and author of 50 Ways to Improve Your Business English (Summertown). Contact: KTaylor868@aol.com

A person of influence