I had been invited to give a to give a lectureeinen Vortrag (halten)lecture at a conference at a French university and was looking forward to the trip. But as the coronavirus crisis deepened, I was not surprised to receive an email apologetically cancelling the event. The organizers were sorry, the email read, to inform me that the conference had been cancelled following “President Macron’s statement on closing all French universities from Monday”.

The cancellation in itself was not surprising. What surprised me as a relatively unhierarchical Brit was the reference to France’s head of state as the source of the closure decision. The email I received announcing the closure of my university in Konstanz, Germany, referred to a decision made not by the central government in Berlin, let alonegeschweige dennlet alone one taken by Angela Merkel. The decision was communicated to me by the president of my university as one made by a ministry at the federal-state level in Stuttgart. There was no mention of the minister president of the state of Baden-Württemberg or even of the minister responsible. Anything else would have been strange — just as strange as the reference to President Macron was to me.

Who has the say?

All societies, all companies, indeed all groups and teams, are confronted implicitlyhier: indirektimplicitly with the question of what to do with the power available and necessary to take decisions and get things done. Does a culture prefer to concentrate decision-making power in the hands of the few at the top? Or does it prefer to share power and influence with the many located further down a flatter pyramid? Is power exercised top-down, or is it devolve sth.etw. übertragendevolved to lower levels?

China’s draconian measures to to enforce sth.etw. durchsetzen, vollstreckenenforce a repressive lockdownAusgangssperrelockdown in Wuhan and elsewhere in China — where President Xi and his closest colleagues have far-reaching powers to take and implement decisions to affect sth.etw. betreffenaffecting all areas of Chinese life — seemingly proved to be an effective and efficient way to limit the spread of the coronavirus. The one-way, upward dependency relationship between subordinateUntergebene(r)subordinate and superior, and not least fear of the consequences of not acting in accordance with the will of the superior, mean that orders to take action may be obeyed with sometimes brutal efficiency.

The action may also be effective as long as — and that is a huge caveatAuflage, Vorbehaltcaveat — the superior has taken the “right” decision. (Note that President Xi did not visit Wuhan until the lockdown there and in Hubei Province was seen to be bringing results.) In such countries and organizational cultures, people with less power expect and accept that power is distributed unequally. Questioning the “rightness” of a decision made by the powerful is not the job of a subordinate. So, for the doctors who apparently to raise the alarmAlarm schlagenraised the alarm in Wuhan in December 2019, there was little alternative to to comply with sth.etw. befolgencomplying with the initial cover-upVerschleierungcover-up of the epidemic ordered by local officials. Fear of the consequences of disobedienceUngehorsamdisobedience clearly also to reinforce sth.etw. verstärkenreinforces complianceRegelbefolgungcompliance in authoritarian societies and organizations.

Why is the culture, the group, the organization prepared to accept the consequences of such undemocratic, authoritarian action? Another cultural preference may come into play here. What does a cultural group value more? That its members are independent individuals who largely look after themselves and their nearest and dearest? Or that individuals are interdependent group members who look after each other under the influence of a strong leader? When the group is valued more highly than the individual, the freedoms of the individual become less important and the security of the group more significant. Loyalty to the group and conformity to the strong leader’s decisions and wishes for the group ensure protection of the individual group members. Repressive lockdown is therefore more readilybereitwilligreadily tolerated for the for the greater goodzum Wohl der Allgemeinheitgreater good of the group.

Boris Johnson referred to “the ancient, inalienable right of the free-born people of the United Kingdom to go the pub”

For these reasons, countries with highly individualist and relatively unhierarchical cultures, such as the USA and the UK, were at first very be reluctant to do sth.etw. nur zögerlich tunreluctant to to impose sth.etw. verhängenimpose measures preventing the individual from taking part normally in public life. Boris Johnson’s initial approach in the UK to take account of sth.etw. Rechnung tragentook account of potential individualist resistance to group-level restrictions. He referred to “the ancient, inalienableunveräußerlichinalienable right of the free-born people of the United Kingdom to go the pub”. This attitude and its tone immediately brought about scornSpottscorn and incredulityUngläubigkeitincredulity, in particular outside the UK, and was quickly followed by a policy volte-facepolitische Kehrtwendepolicy volte-face to introduce legally enforceable social-distancing measures.

This policy change was accompanied by a modification of the British government’s communication policy, which increasingly to emphasize sth.etw. hervorhebenemphasized how the country, the group as a whole, would benefit from restrictions on individual freedoms. The individual was not neglected, however, in the shaping of massive financial programmes to support not only companies but also the self-employed who would lose work as a result of the restrictions.

From decisions to actions

This leads us to the question of how decisions are implemented once they have been taken. What degree of formalization is necessary — in the absence of authoritarian leaders — to ensure that things actually get done? Countries and organizations that have a need to avoid uncertainty and ambiguityUnklarheitambiguity will tend to take a more formalized approach. Relying on expert knowledge and advice, they quickly create (or already have in place) laws, rules, systems and structures to regulate individual behaviour and achieve behavioural conformity with the decisions taken.

Germany quickly introduced social-distancing rules. Sanctions were not simply threatened; it was clear they would be enforced

Germany — a mid-high uncertainty-avoiding society described by the late Dutch intercultural expert Geert Hofstede as
a “well-oiled machine” — quickly introduced social-distancing rules. Warning signs sprang up in parks, playgrounds closed, marker tapeMarkierbandmarker tape appeared at supermarket checkouts, local mayorBürgermeister(in)mayors addressed their citizens in their weekly newsletters. Sanctions were not simply threatened; it was clear they would be enforced.

In contrast, low uncertainty-avoiding, pragmatic Britain — with its dislike of experts, rules and being to boss sb. aroundjdn. herumkommandierenbossed around by the “nanny stateBevormundungsstaatnanny state” — relied initially on the exhortationErmahnungexhortations of politicians to encourage people to behave in the interest of the public good. In the face of a rapidly changing situation and grass-rootsfundamentalgrass-roots resistance to a hands-off approachVorgehensweise der Nichteinmischunghands-off approach, experts then took centre stage at government press conferences and relevant laws were enact a lawein Gesetz erlassenenacted.

But as in Hofstede’s concept of the “village market” — where personal communication and coordination tend to complement or even replace rules, processes and procedures — a British police spokesman talked of the need to “to cajole sb.jdn. beschwatzen; hier: jmdm gut zuredencajole, educate” the public and the wish to to police sb.jdn. überwachenpolice “by consent” rather than by issuing fineGeld-, Ordnungsstrafe;fines as the way ahead.

Societies have the potential to recognize the downsidenegativer Aspektdownside of cherishedgeschätzt, lieb und teuercherished values when they lead to behaviour that is obviously not in the wider interest of the group. Changing established practices and behaviours in the short term is difficult enough. Changing the values that drive them is even harder.

Peter Franklin teaches and researches into intercultural communication and intercultural management at Konstanz University of Applied Sciences. Since 2004, he has coached countless intercultural managers. He is co-author, with Jeremy Comfort, of The Mindful International Manager (Kogan Page) and co-editor, with Christoph Barmeyer, of Intercultural Management (Palgrave Macmillan), a collection of case studies. 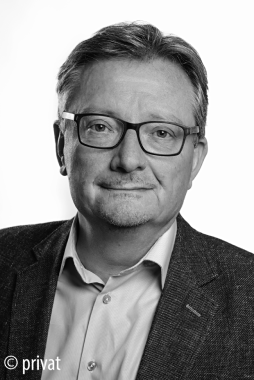