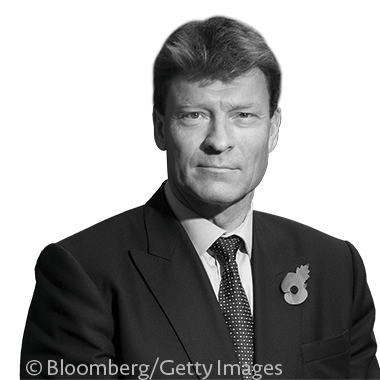 Every business person knows that no deal is better than a bad deal. Regrettably, we face to be trapped in sth.in etw. gefangen seinbeing trapped in a really bad deal with the EU that to handcuff sb. to sth.jmdn. an etw. fesselnhandcuffs us to the single marketEU-Binnenmarktsingle market and customs union, with similar rules on freedom of movement. Nothing will have changed. There’s actually no such thing as “no deal” — the reality is that we would move to the World Trade Organization (WTO) rules, which is how we trade with most other nations outside the EU. There is a third scenario, which is that we could offer a Canadian-style free-trade agreement to the EU as long as they agree it by Christmas 2018.

A no-deal Brexit would save Britain the £39 billion (€43 billion) that the prime minister has agreed to pay the EU. We can use this to deal with any short-term issues that arise — to invest in businesses, give tax incentiveAnreizincentives to exporters, accelerate our infrastructure and grow our economy. “No deal” means no transition period. cruciallyentscheidendCrucially, we as a sovereignunabhängigsovereign nation can then start to make trade deals very quickly with important nations like the United States. We can begin to get rid of unnecessary EU regulations that hinder British businesses even though 90 per cent of British businesses don’t export to the European Union. And we can start to control our own borders in the way that we to see fit to do sth.es für richtig halten, etw. zu tunsee fit. That’s delivering on what people voted for.

Legal scholars say that the European Union cannot put up illegal non-tariff barriernichttarifäres Handelshemmnisnon-tariff barriers against us the day after we leave. That would go against WTO rules. We will not to erect sth.etw. errichtenerect any barriers on this side, nor put in place any tariffs. We have offered security cooperation with the European Union. The Irish border is a thornyheikel, schwierigthorny issue only because the EU has used it as a negotiating tactic. Their own experts produced a report for them called “Smart Border 2.0” on a technological solution to a frictionlessreibungslos; hier: störungsfrei passierbarfrictionless border.

The idea that we’re going to run out of food is “project fear” nonsense. If we can’t buy our oranges from Spain, we’ll buy them from South Africa. This is a huge opportunity for British farmers to produce even more food than we do now. Post-March 2019, there will be new arrangements, but EU citizens will remain welcome to stay here and work here. We continue to see significant foreign and domestic investment. Employment has risen. Our GDP (gross domestic product)BIP (Bruttoinlands-produkt)GDP continues to grow. We continue to be proven right. 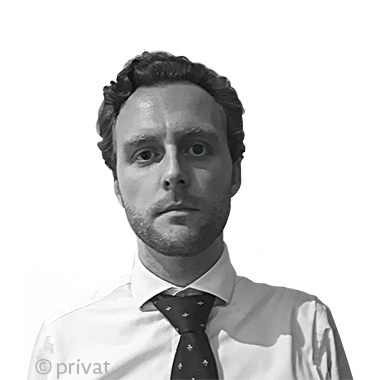 A no-deal Brexit is the worst of all possible outcomeErgebnisoutcomes. The IMF to forecast sth.etw. prognostizierenforecasts a fall in GDP of four per cent for Britain and 1.5 per cent for the remaining 27 EU member states. It’s a lose-lose scenario. We’ll be putting trade barriers in place immediately with our largest trading partner. We lose preferential access to all of the global trade deals the EU has negotiated for its member states, including the UK. We won’t be part of new trade deals to come on streamin Betrieb gehen; hier: in Kraft tretencoming on stream with Canada and Japan. The UK will be negotiating with powerful countries like China and the US from a much weaker position. We’re no longer part of one of the world’s largest trade blocs. The average time to agree a trade deal is four to five years.

Nobody wants a bad deal with the EU. But the concessions the UK has had to make is the reality of going into negotiations with a party that is in a stronger position, and is stronger economically. The £39 billion is owed for obligations the UK legally to sign up to sth.sich zu etw. verpflichtensigned up to. Refusing to pay will raise real questions, not just from the EU27 but from potential trade partners worldwide.

No-deal Brexit means no-deal everything. No access to Europol or EU databases when it comes to to track sb. downjmdn. aufspürentracking down British criminals who have escaped abroad. Long queues at our borders. Pharmaceutical companies and farmers warn that we need to to stockpile sth.Vorräte von etw. anlegenstockpile medicine and food. Emergency measures will be put in place, but that’s hardly ideal. We are voluntarily putting ourselves in a position of real economic uncertainty. To switch to WTO arrangements, the UK must agree on its trading schedulehier: Listeschedules of tariffs and quotas, not just for the EU27 but for all other countries to sign up to. There is no guarantee we can do that by 29 March 2019.

No-deal Brexit means the immediate loss of visa-free opportunities for British people to live, work, study and retire across the EU. The position of 3.2 million EU citizens living and working in the UK will be uncertain. Already, applications for doctors and nurses from other parts of the EU to work in the NHS (National Health Service) (UK)staatlicher britischer GesundheitsdienstNHS are down. Prior to 2016, we were one of the fastest-growing economies in the G7. We’re now at 0.1–0.2 per cent growth. This is “project reality”. That’s why British people are to come round to sth.hier etwa: auf etw. einschwenkencoming round to a people’s vote, a second referendum on the final Brexit outcome.

Thomas Cole is head of policy and research at Open Britain, part of the pro-European People’s Vote campaign